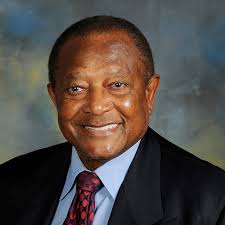 The hallowed Smithsonian Institution announced recently that a medical book called the Textbook of Black-Related Diseases was accepted into the National Museum of African American History and Culture for inclusion into its archives. The ground-breaking 800-page book, written by Dr. Richard Allen Williams of Gamma Zeta Boule in Pasadena, California, was published by McGraw-Hill Book Company, the world’s largest publisher of scientific texts, in 1975. It is only the second textbook of medicine published by a black physician, the first being “Syphilis and its Treatment” by Harvard professor Dr. William Augustus Hinton in 1936.

Dr. Richard Allen Williams is a Clinical Professor of Medicine and Cardiology at UCLA School of Medicine. He began writing the Textbook of Black-Related Diseases when he was a faculty member at Harvard Medical School and completed it during his later tenure as Assistant Medical Director at the Dr. Martin Luther King, Jr. Hospital in Watts, California. The book is the only one of its kind which details the unique medical status of African Americans and emphasizes that healthcare for blacks must be regarded as a subject with special needs which merits attention focused on our particular requirements. It was the forerunner of writings about healthcare disparities, cultural competency, and ethnicity concerns in Medicine.

Dr. Williams is proud that his iconic book has become a part of the new “African American Museum” which was the recipient of significant contributions from the Boule during its construction.

Race and Heart Disease in America