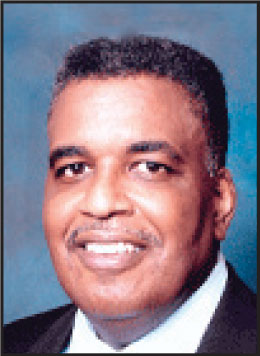 Untreated or uncontrolled hypertension is one of the most powerful and prevalent risk factors for heart disease and stroke in the United States.
1. In African Americans, hypertension arises prematurely and its onset is often more severe, with higher levels of uncontrolled hypertension despite patient awareness levels similar to those found in non-Hispanic whites. One of the difficulties in managing hypertension in all populations is its relatively asymptomatic nature early in the disease process. Factors that have been noted to contribute to the high level of uncontrolled hypertension in the United States include issues with access to care, failure of providers to initiate or intensify treatment, and cultural beliefs regarding the adverse effects of medication. Clearly, adherence to treatment impacts control rates, and cognitive and behavioral interventions may show promise in improving blood pressure in the future.

Getting patients to adhere to antihypertensive medication regimens is difficult, especially African Americans. Although patient compliance issues can lead to suboptimal blood pressure control, objective data remain elusive, yet the benefits of specific approaches have been confirmed. During the 2008 Scientific Sessions of the American Heart Association, Lisa M. Lewis, PhD, RN, assistant professor of nursing at the University of Pennsylvania, discussed current epidemiologic data and various approaches to recognizing African American belief systems that can impact adherence. Dr Lewis conducted a qualitative study that explored community-dwelling hypertensive African American beliefs and their effect on adherence to antihypertensive medications. The model used was a community/academic partnership with 3 focus groups consisting of 40 participants at 2 community centers in a northeastern urban environment. Each of the focus groups was asked to comment on medication adherence, and their responses were recorded and transcribed verbatim. The data were assessed using thematic analysis. The sample consisted mostly of female subjects (n = 27) with a mean age of 57 years. Only 14 high school graduates were noted in the group, and the unemployment status was more than 65% (n = 27).

The study recognized the impact of socioeconomic considerations in chronic disease management, and approximately 50% of the sample (n = 18) was noted to earn an annual income of $20,000 or less. In addition, hypertension had been diagnosed at least 8 years earlier in most of the participants, with a majority reporting adherence to medication (n = 26). The quality of the results confirmed that the most salient belief associated with adherence was “it’s a matter of life and death,” which multiple study participants articulated. Nevertheless, there were 3 social factors that made achieving long-term patient compliance challenging. These included difficulties in obtaining care with limited resources, maintaining a positive health outcome in neighborhoods riddled with violence, and negotiating feelings of physician mistrust.

One of the shortcomings of Dr Lewis’s provocative study was its qualitative nature. Also, as Dr Lewis noted, the results were garnered from a small cohort and cannot be generalized, but they may provide significant insight into the contextual factors associated with the often complex and difficult lives of some community-dwelling, hypertensive African American patients.

What do the data show?

Interestingly, studies have shown that blacks are actually as likely to be aware of having hypertension and to receive pharmacologic treatment as whites. Nevertheless, from 1988 to 1994 and 1999 to 2002, the disparity in effectiveness of therapy increased between whites and blacks.
2. The keys to treating African Americans include a focus on prevention, assessment of patients at high risk, and early intervention, usually with combination therapy. Compared with 35.4% of whites in NHANES (National Health and Nutrition Examination Survey) 2003-2004, only 28.9% of African Americans were controlled (P <.05).
3. Furthermore, in hypertensive African Americans, approximately 30% and 20% of all deaths in men and women, respectively, may have been attributable to uncontrolled blood pressure.

Clinical trials have demonstrated that with effective therapy, African Americans can have improved outcomes. It has been found that the high rates of severe and uncontrolled hypertension in this population can be at least partially curtailed with increased physical activity and a decrease in psychological stress; however, although lifestyle is the bedrock of antihypertensive care, most patients will need at least 2 or more medications to achieve control, especially those who are middle-aged and older.

Lack of adherence to blood pressure medications predicts poor control and is one of the underlying factors for the serious health disparities regarding morbidity and mortality observed in African Americans. Because of patient compliance issues, target organ damage, including heart failure, end-stage renal disease, fatal and nonfatal stroke, and coronary heart disease mortality continue to be disproportionately high in this population. NHANES 1999-2000 reported that only 53% of people being treated for hypertension had their blood pressure controlled to less than 140/90 mm Hg, with rates lower in women than in men.
4. Unfortunately, for African Americans, the rates of control are worse than in the general population, and only a minority of all African Americans with hypertension have controlled blood pressures. Adherence to a scheduled regimen of taking prescribed medications greatly impacts care, yet this is difficult to accomplish. Data have consistently shown that many adults do not remain adherent to antihypertensive therapy after 1 year.

5. As Dr Lewis’s study demonstrates, socioeconomic standards influence poorer outcomes and lower quality of care. Although some studies suggest genetic factors may contribute to increased rates of hypertension in African Americans, including greater severity and complications, patient-related barriers and clinician-associated inertia probably explain most of the disparities in morbidity and mortality.

While patient awareness issues must be considered, many patients, even with appropriate awareness, do not adhere to taking their prescribed medications. Community screening, health-related education, and simply making the patient aware of the condition are inadequate to decrease the excessive morbidity and mortality observed in African Americans in the United States. Unfortunately, research remains qualitative and is limited in providing clear-cut methods to increase adherence and blood pressure control in this difficult-to-treat population. Interventions that take cognition and cultural beliefs into account may actually contribute extensively to understanding and curtailing medication nonadherence; thus, findings from studies like those conducted by Dr Lewis may be important if they can be used to tailor interventions to increase medication adherence in high-risk patients.